Referendum on the American Dream 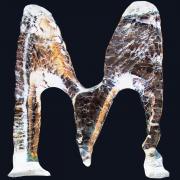 “Referendum on the American Dream” (working title) is a temporary public artwork to be sited in prominent public locations in Cleveland, Ohio, and Philadelphia, Pennsylvania, on the first days of the Republican and Democratic conventions in July 2016. These installations incorporate video, photography and public interaction.

The action centers around 3,000 pound sculptures carved and constructed entirely from ice, spelling out the words “The American Dream.” The life-sized sculpture will melt away during the day. As they vanish they will be filmed and photographed in the act of disappearing and streamed live on a network of websites sponsoring the project.

On the following day, a series of teach-in/workshops called “American Dream U” will be convened investigating the relevance and direction of the American Dream. The public is invited to join and participate in sessions focusing on issues of inequality in income and race. The purpose is to engender dialogue and to develop tools for action on issues of inequality. Though the focus is specific to Cleveland and Philadelphia, the intent will be to frame these issues as a national conversation. In the months leading up to the events, we will be working with local presenters and community advisors for the widest outreach possible.

The journalist Laura Flanders has expressed interest in hosting a series of public talks with invited speakers, academics, activists, artists and writers on site as part of this project. These will last approximately 30 to 45 minutes between workshop sessions. American Dream U activities will be videotaped and streamed live for a large internet audience with plans to eventually expand the various sessions into a publication.

This project is the fifth ice sculpture we have made. Since 2006, we have created these ice sculptures as the primary instruments for public art events that focus on contemporary issues and political forces affecting and controlling society. The ice sculptures as expansive conceptual structures changing over time attract direct public engagement. Live video streaming and other social media expand this presence and interaction on the web. As the ice sculpture vanishes, filmed interviews of viewers are edited on location, uploaded and featured as video segments on the dedicated website http://meltedaway.com.

In 2008 Provisions Library in Washington, D.C., commissioned us to install ice sculptures of the word “Democracy” at the political conventions in Denver and St. Paul. On the 79th anniversary of the Great Depression that same year (the week following Lehman Brothers bankruptcy) we sited an ice sculpture of “Economy” in front of the New York State Supreme Court building in Foley Square.

In 2010 we created an ice sculpture of the words Middle Class in the garden of Jim Kempner Fine Art in New York City. The time-lapse video of the ice sculpture showed it disappearing with the soundtrack of Senator Bernie Sanders filibustering against the Bush tax cuts. It went viral with over 70,000 views; Senator Sanders featured it on his website and Rachel Maddow discussed it on MSNBC.

During the 2012 election, we relocated the Middle Class sculpture to Tampa and Charlotte installing it at the conventions to reflect on the economic disintegration of the working and middle classes. In Tampa it became the backdrop for the Service Employees International Union rally at Lykes Gaslight Park prior to the Republican Convention.

Last year’s event, Dawn of the Anthropocene was co-sponsored by 350.org and the New York City Department of Transportation. We sited the words “The Future” on 23 Street and Fifth Avenue during the People’s Climate March. It continued our intent to combine art and political engagement. It was a “word event,” featuring commentary by writers and poets written on location and posted on the internet with live streaming video of the “The Future” disappearing. Over 20 writers throughout the day posted their thoughts on climate issues on social media in real-time under a tent in front of the sculpture.

Next year’s ice sculpture at the conventions is a further step toward building, integrating and expanding the ice sculptures with other public activities and media talking place. It will be the largest, most complex and elaborate production to date. The sculpture will serve as an anchor for teach-in/workshops on the meaning of the American Dream. We intend this to spark a national conversation about inequality.

What is this dream now in a time of great economic and racial disequilibrium? Is it simply an old chestnut? Does it have any political or social relevance today? Or is it time to propose a new vision and action? And how do we do that? “Referendum on the American Dream” is an artwork that creates multiple levels and entry points for people to reflect - to break through and open the hard lines around these questions.

The conventions in Cleveland and Philadelphia are the stage for the theater of the moment. The action of melting a word weighing thousands of pounds in plain sight suspends disbelief. The material itself weeps through its transformation. Optically clear at first, the ice quickly shows signs of fatigue and distress under the heat of the environment and erosion caused by people’s touching. Its scale and size force people to bear witness to new ideas and concepts - like opening a door or window to thoughts that may only be subconsciously felt.

The art is to take a phrase, transform it into a symbol, to create a groundswell for building a brighter “morning in America.” To paraphrase the poet Denise Levertov, insofar as art has a social function, it is to awaken sleepers by other means than shock.

Dawn of the Anthropocene Time Lapse