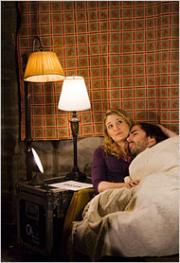 “Open House,” a play by Aaron Landsman and produced by The Foundry Theater in New York City, presents a personal take on urban living. The play was performed in two dozen living rooms in neighborhoods spanning the five boroughs, from a squat in Bushwick to a multimillionaire’s loft overlooking the Brooklyn Bridge. Audience members interact with actors and home owners during the productions, each one different than the next.