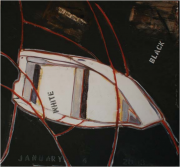 In January 2008, a tragic shooting in Lima, Ohio resurfaced racial tensions in the community. Lima City Schools enlisted Allen County Common Threads, a locally based volunteer group promoting arts-based civic dialogue, and Sojourn Theatre Company to implement an immediate arts-based project to help Lima Senior High School students process the tragedy. Sojourn interviewed students and wrote, performed, and recorded theatrical monologues expressing student perspectives on the incident and the racial tensions it exposed. The recorded monologues became the centerpoint for school-wide dialogue facilitated by Common Threads volunteers that addressed questions about racism and stereotyping raised by the incident. The project developed as Lima community members became enraged when a member of the Lima Police SWAT team inadvertently killed a biracial mother of six children in a house drug raid. Jeff McClellan, principal of the School of Multiple Intelligences within Lima Senior High School, realized that the students all brought their own images of what had happened, and that it was important for students to hear and discuss different perspectives from their peers. The three partnering groups were experienced in arts-based dialogue, a familiar tool for addressing issues in the Lima schools and community at large. They assiduously planned and completed the project in one month. Sojourn interviewed 60 students, and wrote, performed, and video-recorded theatrical monologues expressing student perspectives on both the incident and the racial tensions exposed by it. The Sojourn monologues were designed to serve as dialogue prompts for the students to see their own and others’ experiences and feelings. Common Threads recruited and trained facilitators and staged small group dialogue sessions for Lima Senior High students. Lima Senior High School hosted the dialogues, prepared the students and parents, and assisted with the dialogue questions. The dialogues took place from February 21-24. Throughout the day, twelve groups of approximately 100 students each assembled in the auditorium to watch the 15-minute Sojourn monologues on a large screen. After watching the monologues, students walked to the cafeteria and were divided into 20 groups, of five students and one facilitator each. Students spoke about their personal experiences and observations of stereotyping in their family, in school, with police, with teachers, and the larger community stereotypes of Lima Senior High being a “bad place”. Organizations associated with this project include: Sojourn Theatre; Allen County Common Threads; and the Lima City Schools.