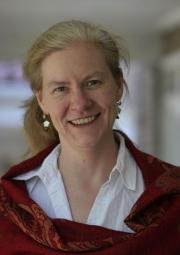 Sarah Browning is Director of Split This Rock and DC Poets Against the War, author of Whiskey in the Garden of Eden (The Word Works, 2007), and co-editor of D.C. Poets Against the War: An Anthology (Argonne House Press, 2004). The recipient of an artist fellowship from the DC Commission on the Arts & Humanities, she has also received a Creative Communities Initiative grant and the People Before Profits Poetry Prize. Browning has worked as a community organizer in Boston public housing and as a political organizer for reproductive rights, gay rights, and electoral reform, and against poverty, South African apartheid, and U.S. militarism. She was founding director of Amherst Writers & Artists Institute — creative writing workshops for low-income women and youth — and Assistant Director of The Fund for Women Artists, an organization supporting socially engaged art by women. She has written essays and interviewed poets and artists for a variety of publications.