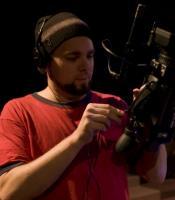 Nick Szuberla is an artist at Appalshop, an Appalachian-based arts organization. In 1998, Nick founded the media arts project "Holler to the Hood" to explore the social impact of moving hundreds of thousands of inner city minority offenders to distant rural prisons. With a variety of media (live performance, radio, video and digital) and forms (including a multimedia installation and database-driven web site), his projects focus on creating public space where people can tell their story in their own voice. He has worked extensively in the youth media movement throughout rural America; including in Appalachia, Mississippi Delta, and south Texas. Training more than 500 youth and adults in the use of media arts as a community development tool. Working with young people in central Appalachian, Szuberla has also produced workshops that explore "hill-hop," a rural hip-hop genre. He was the producer of the award winning documentary films "Up the Ridge", "The Global Economy in Our Backyard", and "Sambusa." His work his been featured on the Canadian Broadcasting Corporation's Definitely Not the Opera, BBC, Bob Edwards Show, and NPR's Weekend All Things Considered. He is the current director and co-founder of “Thousand Kites” a national dialogue and organizing project addressing the U.S. criminal justice system and human rights. A "Creative Capital" fellowship grantee, Szuberla was recently awarded a "New Generations" fellowship from the Theater Communications Group.