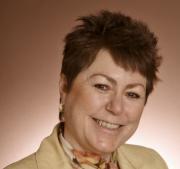 Denise R. Duarte is a multi-disciplinary/socially-engaged artist and a Community Development Consultant with D’Arte Designs, LLC.  She received her Master of Fine Art in Community Art from the Maryland Institute of Art (MICA).

Her current artwork focuses on feminist and lesbian, gay, bisexual and transgender (LBGTQ+) issues. The feminist series examines the historical context behind contemporary women’s issues. The LGBTQ+ series uses the metaphor of the diversity of plants to illustrate that it is a human construct to narrow the definition of normal.

She was accepted to the Nevada Arts Council’s Artist in Schools +Communities Roster, Education and Community Tracks and was listed as an artist to watch on Creative Capital’s On Our Radar.

Her recent solo exhibit, Unraveling Identity, in The Studio, Sahara West Library, was a multidisciplinary, socially-engaged exhibit reframing the dialogue regarding human sexuality and gender identity using the botanical world as a metaphor.

She has held numerous leadership positions during her lifetime, primarily in feminist and lesbian, gay, bisexual, transgender and queer (LGBTQ) organizations as well as in the corporate world. She was in leadership or served on the Nevada Women’s Lobby Steering Committee for approximately 13 years. Additionally, Duarte was chair of Stand OUT For Equality, the advocacy arm of The Gay and Lesbian Community Center of Southern Nevada and founded Equality Days in 2009, the first officially recognized day by the Nevada Legislature for the LGBTQ community. Equality Days was instrumental in helping pass Nevada's Domestic Partnership law. In addition, she founded the Nevada LGBTQ Leadership Coalition.

Currently, Denise serves on the Advisory Board for Women of Diversity Productions, Inc., a 501 (c) (3) non-profit organization. Duarte co-authored Women of Diversity Productions, Inc.’s 2017 and 2018 Gaming Gender Equality Index, a report revealing the results of a survey of 21 casino and gaming corporations which was conducted to assess their policies, practices and commitment to gender equality.

Duarte has authored over 30 articles on art, feminist and LGBTQ issues in a variety of publications such as sculpture.org, Baltimore OUTloud, Gay Life and the Washington Blade.

​Denise's lifelong passions include art, activism and the exploration of the social fabric of life.