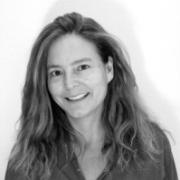 Daphne moved to Santa Fe in 2007 after completing her first documentary film, Waterbuster, which she co-produced, wrote and edited with her partner, Carlos Peinado. Waterbuster premiered at the 2006 Tribeca Film festival and was broadcast on regional public television stations. Daphne recently joined the Littleglobe Core Team as core artist and administrative coordinator.